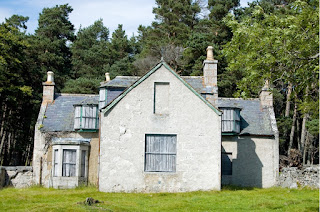 The first place I normally refer to when I need to find out about an abandoned dwelling in Aberdeenshire is Robert Smith’s book, Land of the Lost. Disappointingly, all that is mentioned is: ‘The shuttered windows of Bovaglia tell the old story; this was once a busy fermtoun, now it is dead and deserted.’  Why the difference in spelling the name?

A search of the internet found Peter J Gordon’s work. According to his book Deeside Tales, this abandoned house has had the following spellings recorded in various documents over the centuries:

What is surprising to me is how far back people have lived at this wild spot in the glen.

In John Milne’s Celtic Place Names of Aberdeenshire, the meaning of Bovaglie is given as:

‘Bovaglie (Both Faicille). Guard-house. Both, house; faicille, gen. of faicill, watch, guard. The house had been occupied by persons guarding cattle in a glen against thieves. F and v, and c and g are interchangeable.’

I can see how Both or Bothag (hut or house ) contributes to the ‘Bot’ or ‘Bov’ in the name, but the gaelic faicille or facill? The best gaelic word I could find that meant ‘guard’, but also when pronounced in gaelic could contribute to ‘valich’ or ‘vaglech’ in the Bovaglie name, was rabhadh. But who am I to disagree with John Milne? 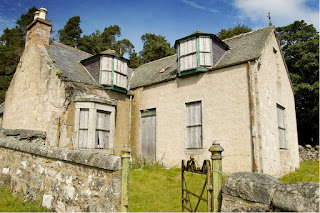 Bovaglie sits in a commanding position at the southern end of the Girnock, staring straight into the coires of Lochnagar, and this could indeed be a place to ‘guard’ cattle – or keep an eye out for the gauger! By the side of Bovaglie, the track turns eastwards through the woods and onwards to the Genechal, the Distillery, and eventually to Balmoral. 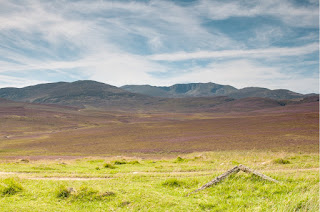 The wood that surrounds Bovaglie, ‘haps Bovaglie ferm like a plaid’, which, of course, inspired J.Scott Skinner’s tune Bovaglie’s Plaid. 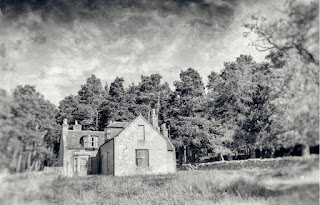 Cattle were tried in the glen and droving up to early 19th century, but market fluctuations made it a precarious trade. Turnip cultivation helped to feed cattle over winter, and after 1840s, winter fattened cattle were taken to markets by rail, but small glens like Girnoc suffered, being further away from railways and markets. Bovaglie and much of the glen turned to sheep farming, which required less farm workers. That said, under the tenanacy of Donald Gordon, (‘Red Gordon’ or ‘Auld Prodeegous’), a new farmhouse was built at Bovaglie in 1860 for Donald and his wife Margaret. This new farmhouse is the one we can visit today. In 1866, Bovaglie had 2,000 acres of hill pasture and employed 10 shepherds and 5 servants, (in 1826, Bovaglie had only 18 acres). 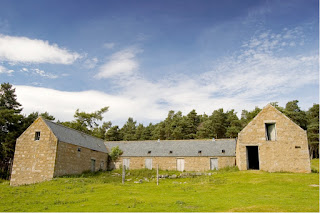 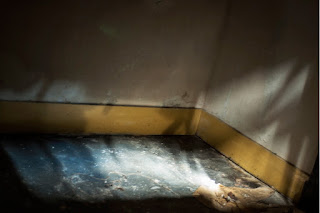 After this, Donald bought a property in Dee St in Aberdeen, for the family to stay during the long, hard winters.

This indicates how well financially Donald Gordon was doing at Bovaglie. 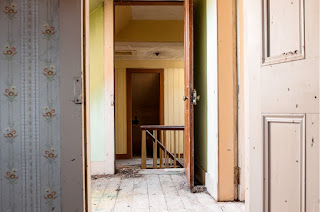 In Deeside Tales, it is suggested that Bovaglie may have survived, indeed flourished, where other farms failed, due to Queen Victoria’s mutton larder. (Royalty never owned Bovaglie, but did have 3 x 40 year leases from Abergeldy Estate.)

However, with the decline in cattle farming, and the poor, marginal land in the many parts of the glen, combined with the end of the illicit whisky trade, saw many leave the glen for the lowlands, towns, cities, England and abroad. By 1872, Bovaglie ferm-toun  was already being described as a ‘shapeless heap of ruins’. 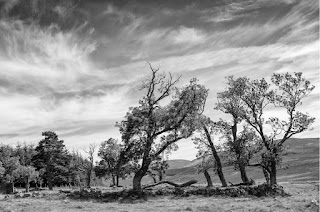 I am, in a way, visually archiving this decay and neglect, visually documenting traces of the past, memories, but, more than that, elegant and spacious homes like Bovaglie, abandoned, gaping out to the land, waiting and wondering if anyone will return, they are sources for the historian to show the effects of changing land management and land use, the impact of the industrial revolution, urbanisation and a growth in population.

There is a contemplative aspect to exploring abandoned places like Bovaglie which have lost their economic function. They have been left to rot away, with nature relentlessly reclaiming them. Much for the explorer’s mind to contemplate.

Lizzie Gordon, born in Bovaglie in 1865, stayed there as a spinster until the 1930’s. Bovaglie estate was run by Lizzie’s sister’s son, Victor Cook. 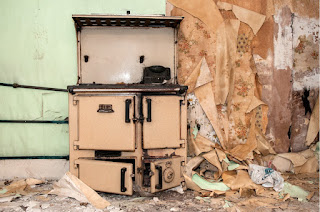 The Merchant family lived and worked at Bovaglie in the late 1930’s and 1940s. Tragically, Charles Merchant got up one morning, pick up his rifle, went to one of the outbuildings at Bovaglie and shot himself. He was 60 years old. Ten years later, his son also committed suicide, in Loch Builg, Glen Gairn. Charles Merchant’s wife and son ‘Wollie’, left Bovaglie soon after.

James Esson was the last to farm Bovaglie between 1957 - 1981. He was there with his wife only. James Esson took his hat off the peg, switched off the lights and closed the door for the last time. 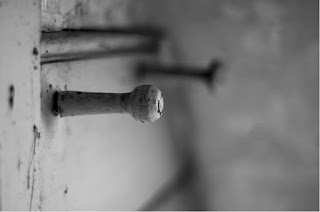 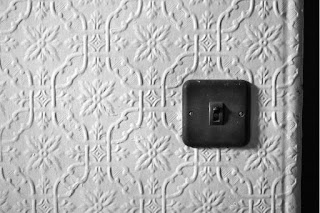 The land was grazed for a while, but due to fencing disputes, much of it was given over to the Forestry Commission.


And that’s the story of Bovaglie. We shouldn’t feel too nostalgic about abandoned places in Aberdeenshire as many left glens like Girnock to find a better life, and many did.

This October I went back to Glen Girnock. It was my 8th visit to this glen and I still find something thrilling there, in the changing effects of decay and nature's relentless encroachment. 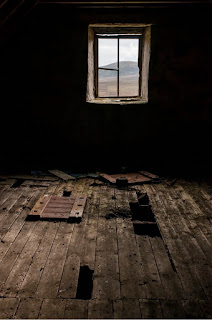 James and Alec would like to think Peter Gordon for allowing us to quote from his work; readers can see more at this is a big chunk of a small story in the whole of time: The man with the Child in his eyes.

The original place-name research into Bovaglie is from Adam Watson.

photography
all by James Dyas Davidson