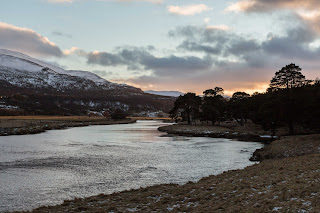 THERE’S ONLY ONE WAY TO GO : WATERSHED

The watershed of river names are the oldest to appear on the map. Looking into them we find ourselves gazing into the distorting mirror of time.

Water mothers the landscape. Our forebears knew the name Dée as a Pictish goddess, Dewa, paired with the Don, Devona. A similar pair runs to the Moray coast, Deveron and Findhorn, who names are dark and fair variations of that which flows, from a Proto Indo-European root. Jacob King suggests names such as these may remain obscure because they were once taboo: being divine, not to be spoken.

The Dée has been venerated since the time of the local Pictish tribe, the Càrnonacae, and no doubt long before. There are rivers dedicated to the same dark goddess in Galloway, in Wales, as Dee, in Spain as Deba and Deva, and in Ireland, as Abhainn Dé, or Dea, which flows down from the Wicklow mountains to the sea at Arklow. 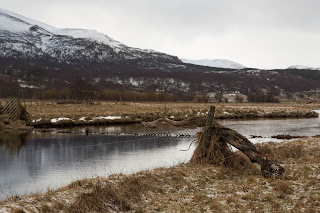 Many hikers follow the river up the Làirig Ghru to its source, Fuaran Dhé, the wells o’ Dee, on the high plateau of Braeriach, the tawny highlands, or brindled brae. In comparison, very few have ever searched for the spring known as Maighdean Mhonaidh, the maiden of the hill, which rises high in Glen Derry, the grove glen, near the entrance to Coire an Fhir Bhoga, the archer’s way corrie. In terms of fame the spring is an old cracked dish that is set aside for soap, while the Fuaran Dhé is filled with the romance of altitude. ‘She’ has no name on the map; to find her my friend Gill Russell had to peer among moor-grass and heather. She can acquire namefulness through our currency. Why not find her yourself? 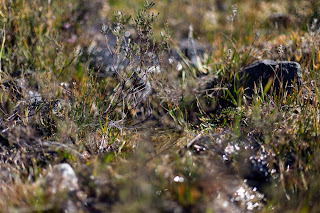 Gill Russell and I have been collaborating on mapping the watersheds of Upper Deeside; her drawing of the entire river system is included below. Gill’s first river maps can be found in her book, Lorg-Coise, Footprints, which we worked on together, published by Deveron Arts. 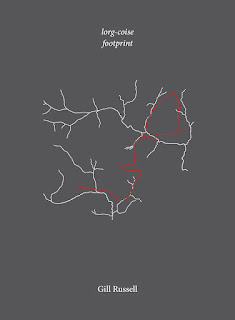 Gill’s watershed drawing, ‘Eanich–Eidart­–Dee’ shows the meeting of the sources of the Eanich/Eidart and the River Dee in bleak mountainous terrain at an elevation of 4000ft. It is a landscape that Gill refers to as 'otherwordly'; a reminder how rivers and burns that guided the earliest peoples into the icy hills. Quartz and flints buried in the soil tell of the first hunting band; they camped at the Chest of Dee, near the watershed with the Geldie, and left lithics by Caochanan Ruadha, Red Burnie, by the Feshie/Geldie watershed, in what is still challenging terrain today.

Pared of contours, woods, and names, the sequential circuitry of water reveals the region’s nervous system. 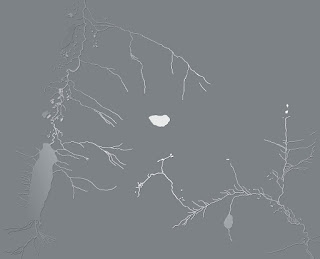 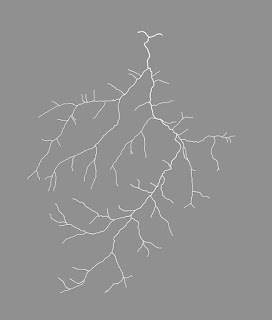 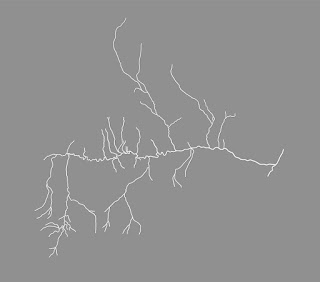 the footprint of each river is unique

a watershed is an imperative: which way will you flow?

as a walker you become aware: water defines land

burns are criss-crossed, lochs are star-crossed

the name of a burn charges a walk with a sense of mission: is there holly by Allt na Craoibhe-cuilinn?

rivers are syntax; hills are grammar 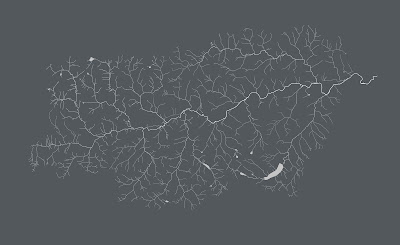