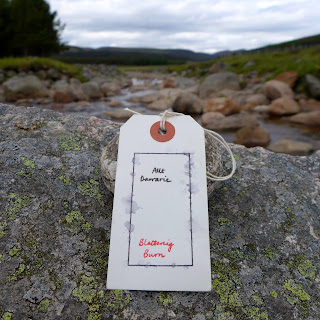 ‘the strength of running water…’


The wilderness is vocalized in burn names – a hubbub and plashing which the Gaels and, before them, the Picts, and before them cultures we have no ready names for, heard in these ways. 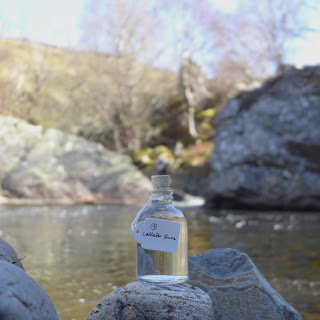 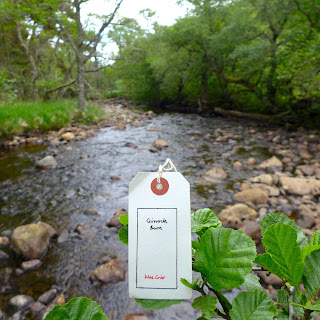 water is known
by its motion


The root cal- occurs in Callater, Allt Challa, Invercauld, and possibly Coldrach. While it is hard to define with certainty, common sense tells us that a hard river is a rocky river, a rocky river is a fast river, and a fast river will call loudly. Among the sources, WJ Watson has cal-, Gaelic for cry, or call, giving Callater as the sounding stream, saying that ‘any one who has fished a pool below a little rapid at dead of night knows how the stream talks’; he later refined this meaning to hard water, rocky water. MacBain preferred calentora, where dubron is (flowing) water, as in the Deveron, and cal-, sound, call, Gaelic, caladair, Latin, calendarium. More recently, Jacob King points towards the quality of the stream-bed, its hardness or stoniness – true of all these burns – or the manner of its flow which, it follows, is fleet. The Coldrach Burn flows down the opposite side of Glen Clunie from Callater Burn, and may be the place of hard-running waters.

Callater and Allt Challa are near to one another: they are the primary tributaries of the Clunie and Dee, a significant confluence by the royal seat of Doldencha (Braemar). WFH Nicolaisen suggests that confluences with the sacred Dee, Dé, were cultic sites.

Invercauld is the quick river mouth, or mouth of the fast flowing water, Allt Challa, though some prefer hazel, G. caltainn – none are found there now – while others think the name refers to the site of a ruined fort, or battle, or the confluence at the narrows, from caoil, kyle.

It is impossible to say what the Ey means with any certainty; these suggestions come from Adam Watson, Francis Diack and Peter Drummond.

Adam Watson gives a number of possible derivations of the River Gairn: ghairein, crying one, or, via Macpherson, gar, rough. Gàir, can also mean ‘laugh, shout’.

The names Gairn and Girnock may both relate to the Gaelic ghairein, which here becomes a dimunitive, giving goirnag, the little crier.

MacKenzie supposes that River Isla is related to the Welsh, il, which denotes motion, and elyf, what glides.

Allt Luineag, the burn of songs, is also known as Allt Linneach, the burn of pools. Luineag is Gaelic for verse, implying also melody.

An Tuil-bhinn is on the lower slopes of Morrone.

Allt Choinie, which Adam Watson says is now an obsolete name, was a tributary of the Baddoch.

Nicolaisen and Adam Watson both give the Allt Darrarie, a tributary of the Muick, as rattling.

William Forsyth gives ‘Doirbheag’ as a cross, ill-tempered woman, and says that this exactly describes the character of this stream. It has a short run, and comes down at times with great quickness and force.

William Forsyth: In the Shadow of Cairngorm 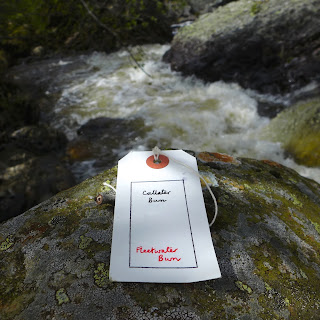 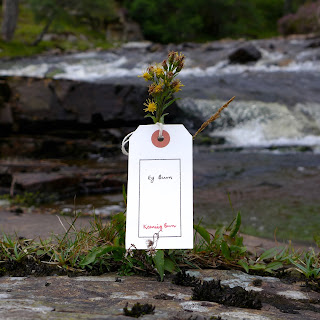